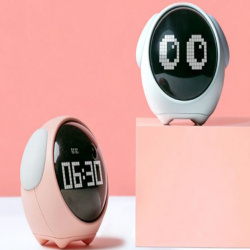 A small review of an alarm clock with a night light function, a thermometer, a motion sensor, and emoticons in the appendage.
P.S In exchange for posting on Instagram, the store offered to give a $6 discount on their alarm clock. On the contrary, I know how to wake up without eyes, but my sister liked it because it was “cool”. By the way, I can be wrong about “my own”, as he does not have a brand as such, and there are quite a few stores with its presence on the site. 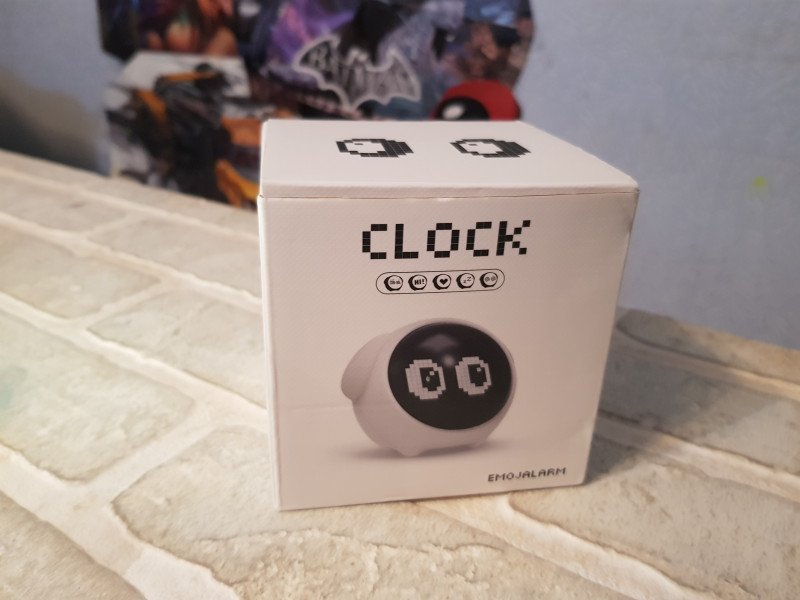 Generally good: colorful box, good printing, thick-quality cardboard, but there is a tendency to bend. That is, if you take an iPhone, and a thin (which can be crushed, but also quickly restored) box, then this density is somewhere in the middle, and you can’t just remove any bend. Therefore, if you take it as a gift, ask to pack it in a mail box, and not a package.
Comes with cable and two instructions.

The case was not just a circle, but the body of a rabbit. Silicone nozzles – ears, legs – paws, a tail at the back, in general, it is the most for a child.

If you give an assessment for the quality, seven. The plastic is not thin, there is a pleasant non-slip coating on top, everything fits well and is generally done, but although the plastic is better than what happens in Chinese toys, I still can’t call it good.

Button on the top to turn off the alarm and turn on the night light.

It’s not very difficult, but when the alarm clock fell into my hands I couldn’t figure it out on my own, and I had to write to the store. 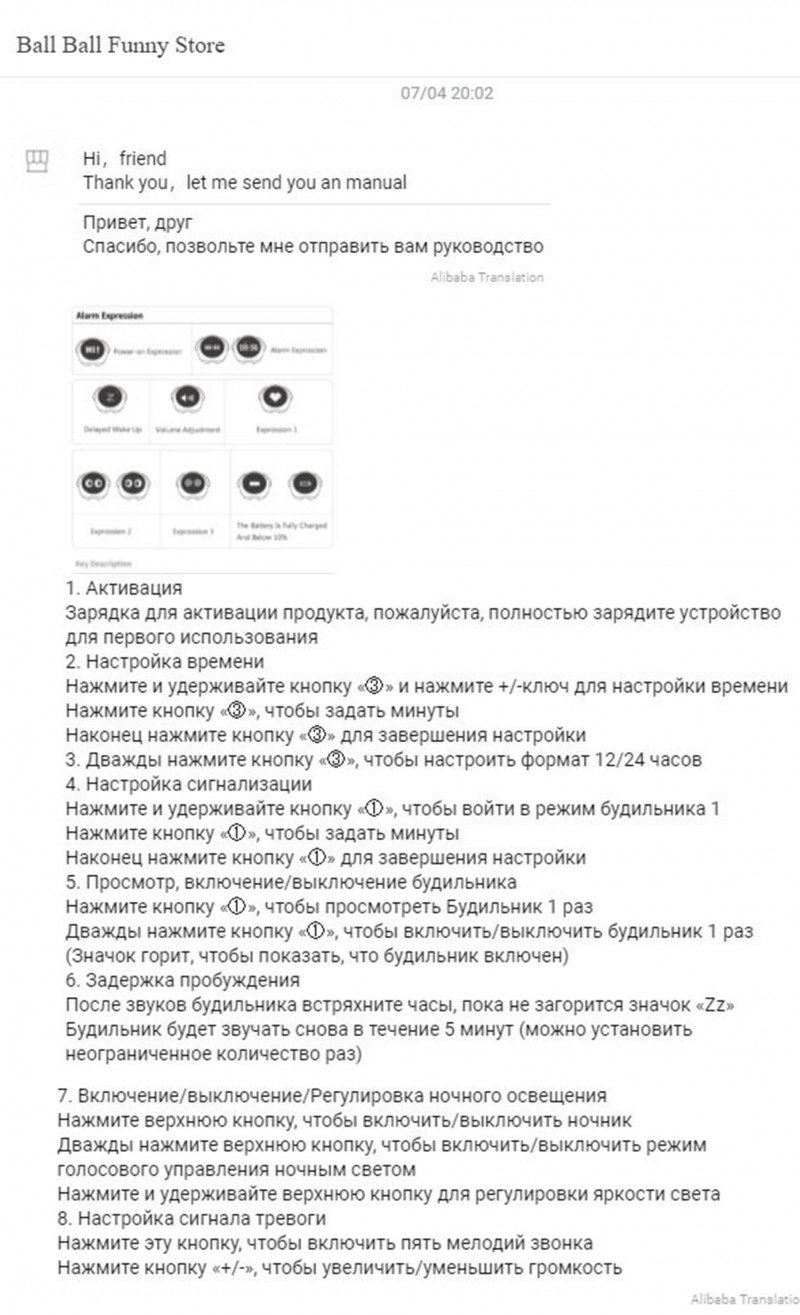 You can’t call it weak in terms of volume, and if you wish, it will not be difficult to wake up, but if you sleep like Dobrynya from the cartoon of the same name, it will not be enough. Even at maximum volume (and yes, it can be adjusted), the signal level is weaker than, for example, that of a regular xiaomi smartphone, iPhone, and even if this is already a nitpick for sleepyheads, I think no one will like the signal quality. The speaker is bad, the sound turns out to be dirty, and in terms of level it can boast only in front of toys with phrases from cartoons, which seems to be not critical, it’s not a column in the review, but at least a better speaker could be installed in the advanced version.

And by the way, yes, on the review is an advanced variation of the alarm clock with five melodies instead of one, a thermometer, and most importantly
EMOJI.

There are 3 of them, eyes, heart, and "dizziness". At first I thought that they were changing somehow in meaning, that is, when the night light is lit, the heart lights up, or if you are near your eyes, and interestingly, this was traced at first. You pick it up, shake the alarm clock, the spinning ones light up, you walk next to the usual ones, but sometimes it doesn’t, and in the end you guess “a glitch, or everything is initially random” 4 meters there is noise, one of the faces will appear on the screen, and then the dial. The sensitivity of the microphone is not bad, no matter if you say something, clap your hands, or tap your foot, the alarm clock will respond, though already at a distance of 4 meters
light clicks or steps will not be enough, and if you get used to waking the alarm clock with your voice, you will have to speak louder. In the description of the lot, by the way, “voice control” is indicated, and all of the above is what it is, I decided to clarify, since in the reviews I saw several questions like “what should I tell him?”

In the clock mode, the time is shown, and which of the alarms is on, after a minute of showing the time, a thermometer appears for 10 seconds.

Everything is displayed on the LED display, which, due to my expectations, and the photoshop installed by the seller, disappointed.

The photo in the store shows that the display has an excellent viewing angle, and this in a round shape could be achieved either with curved armor, or if there is something like magnifying glass on top, or if just this place the plastic dome next to the display. Which, unfortunately, no one has done, and already…

real photos show how the display itself is clearly visible, although according to the idea, this part should imitate a muzzle and have a holistic view. At right angles, of course, everything is displayed more clearly, and if you wish, you can set the alarm so that the display looks like a complete circle, but this does not negate the minus.

Autonomy
With a built-in 1500mAh battery, the alarm clock worked for 2 weeks. An impressive indicator, but you need to consider that I rarely used it for its intended purpose, 5-7 times an alarm clock, a night light only took a picture for now, and the rest of the time, hours, well
and he turned on from the sounds.

It takes a long time to charge (3-4 hours), and from micro USB.
By the way, he has already worked with his sister for 10 days, as he used it much more often and for its intended purpose.
That’s the way in her room.

Alarm clock
The main function here works like this: after the alarm has rung, you can turn it off by pressing the button on top, which also lights up the night light, or you can shake and fall for another 5 minutes. By the way, if there is a dog barking on the call, after shaking, the sounds of a sleeping dog from cartoons will go)

I don’t know what to say about an alarm clock with bells and whistles, but as a separate product it looks like a hodgepodge of everything that could be put, while saving. And I’m not talking about https://jiji.ng/ikorodu/34-snails the fact that he has something bad, but that, for example, the display and the speaker could be better, but then the price would go up, and it’s easier to find a smart speaker on Avito. Therefore, I will give a recommendation only to those who are looking for an interesting, and not very expensive gift for a child, it will certainly not be easier to wake up with him, but at least